A few years back we built Applied Materials corporate website. This website was localized to 5 different languages: English, Japanese, Korean, Chinese (both simplified and traditional). Non-English pages were set to default to English if a translation didn’t exist for the selected language.

Last week our client asked us if we could put together a report indicating the amount of text pending to be translated for each of the languages supported by the website.

Basically, if the user selected Japanese, the client wanted to know how many pages were still showing English content. Furthermore, the client would be very pleased if they knew how much of each page was translated (none, half, all?).

Some pages were “completely” translated: 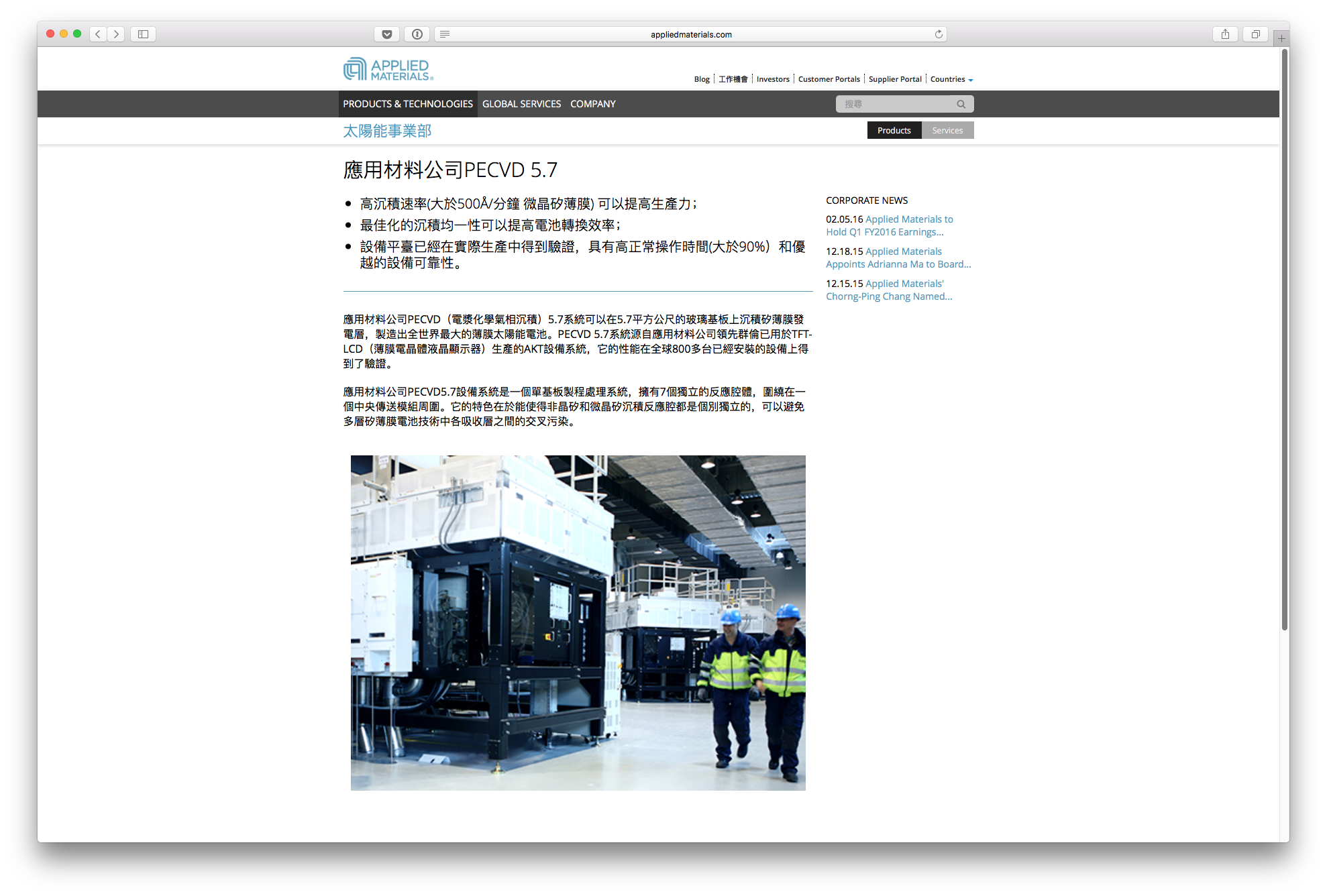 Some pages were not translated at all: 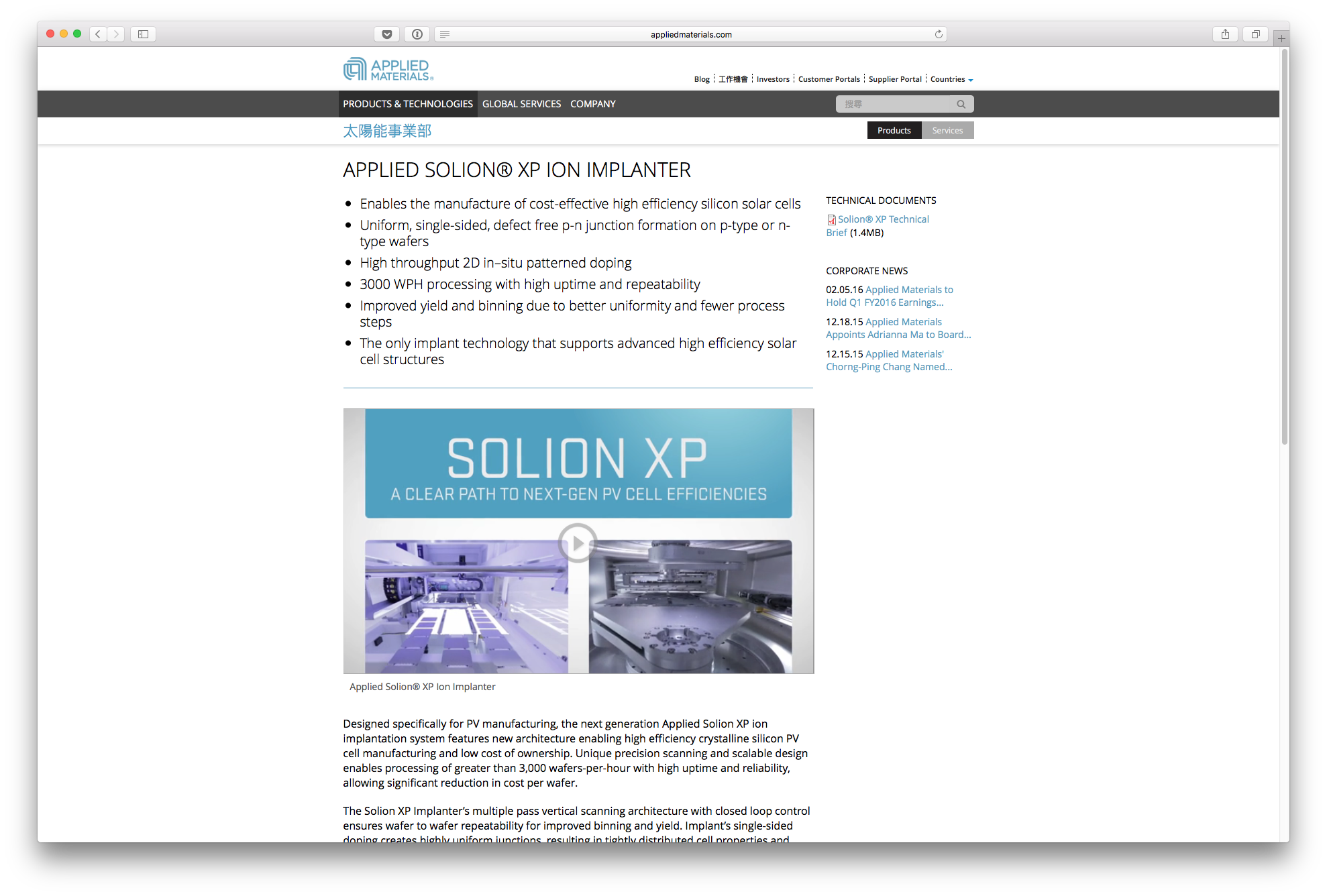 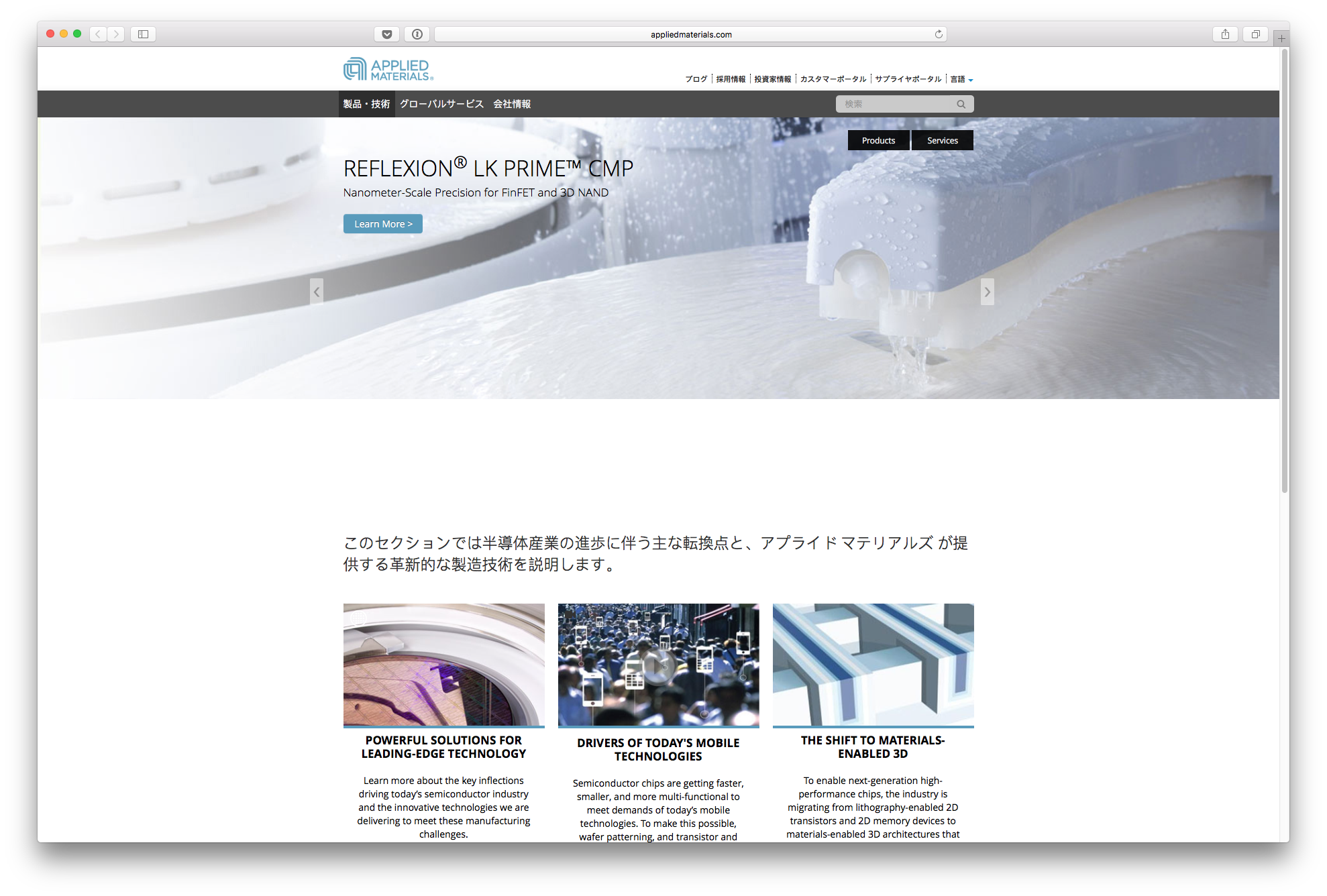 Since the website is pretty large, I thought it would be nice to write a crawler and analyze the text extracted from the website to detect the languages using a language detection algorithm.

The job could be split in three major tasks:

Used to GCD and NSOperationQueue, it had been a while since I last wrote a program with a thread pool of worker threads. I wondered about using NSThread but I decided to give dispatch_group a shot.

The workers wait for a job until they get one from the queue. The process stops when the queue is completely empty and no worker is actively processing a page. In my tests, it seems that 10 to 20 threads worked best. 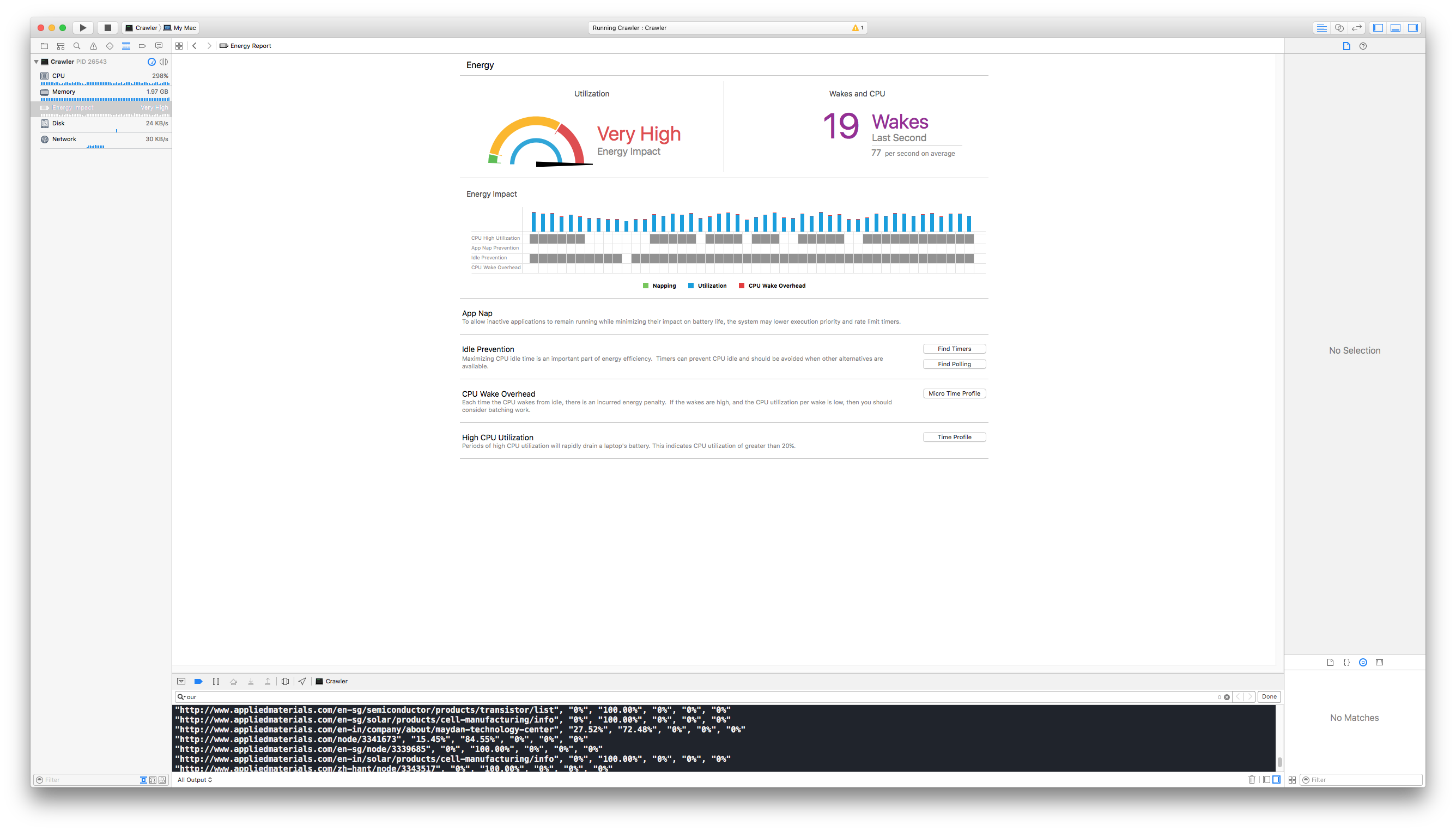 Squeezing all the juice from my laptop

In an attempt to do a breadth-first crawl, I used a Minimum Priority Queue with the priority based on the length of the url. Shorter urls would then be processed first, while longer urls will be left for later processing.

I wrote a concurrent-ready wrapper for the Priority Queue. Using NSLock it will guarantee safe access to add and remove items to and from the queue. This queue will also keep track of previously processed urls, to avoid adding duplicates.

Interestingly, Swift defer can remove the lock after returning the result. I found that pretty sweet (see removeJob() and isEmpty() methods below).

After retrieving the HTML content of a page, we had to extract the text. Instead of checking the entire HTML, I focused on <h1>, <h2>, <h3>, <h4> and, most importantly, <p> tags. I considered checking also for links (<a> tags) but finally decided to not include them as most of them were related to navigation.

When extracting text from the HTML, I noticed that extracting substrings from a NSString was much, much, faster than doing it from a Swift String (maybe because of the NSRange to Range conversion).

I looked online for different language detection libraries. I found this Parsimmon Naive Bayes Classifier written by Ayaka Nonaka and I was very pleased with it. 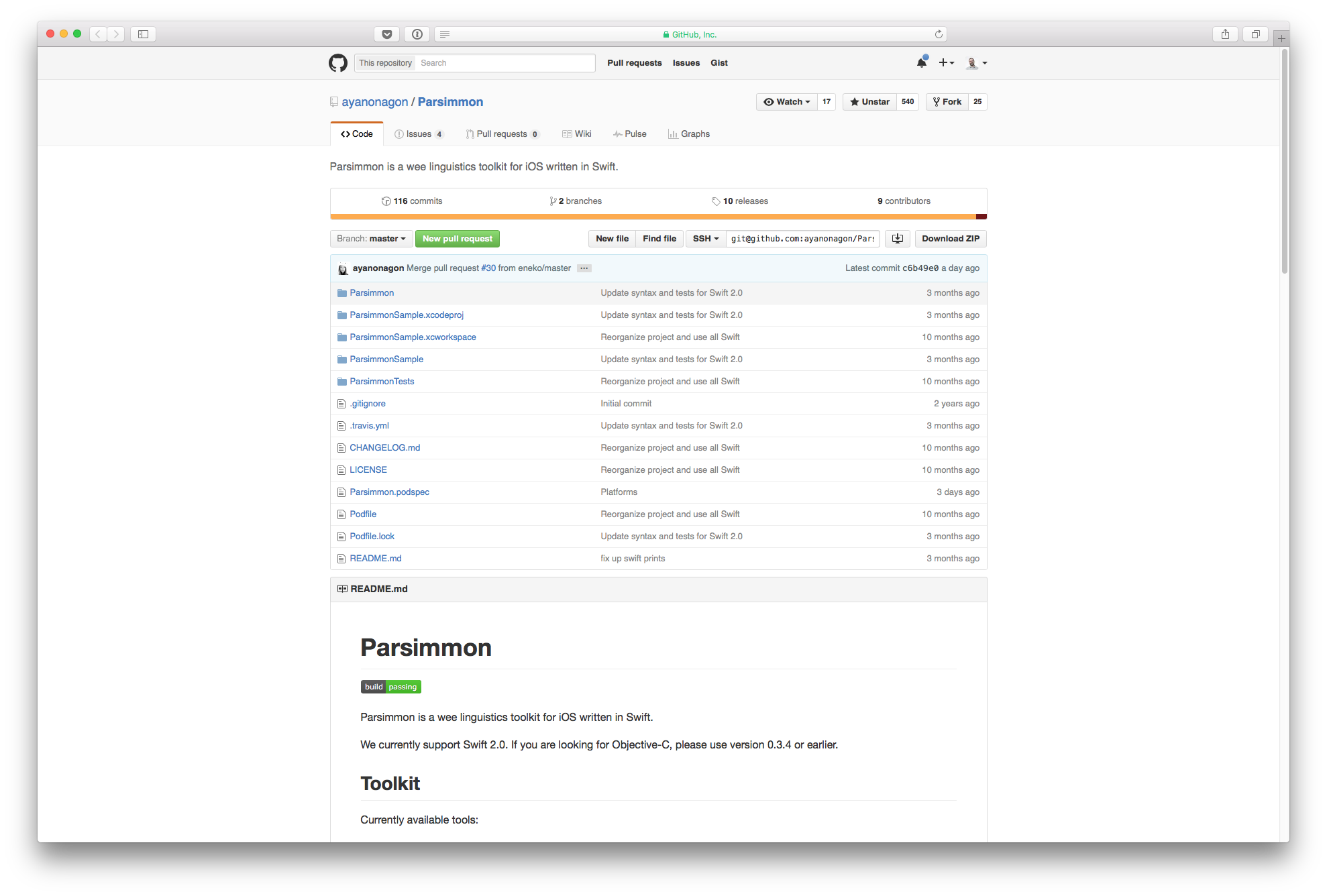 Naive Bayes Classifiers work not by detecting the actual language of a piece of text, but instead by matching it against some text samples previously provided to train the classifier.

I had to train the classifier with many more text samples, but at the end it turned out to be pretty accurate.

Detecting Many Languages vs. Differentiating Between Two

At first I tried crawling all pages for all languages and have the classifier discern among all 5 languages. The results were not very accurate and it seemed as if it was hard to tell apart the four asian languages.

To increase the accuracy, I ran the crawler separately, focusing only on one language at a time (urls starting with /ja for example) and detecting if the blocks of text were english or Japanese.

The results were so accurate I was thrilled.

For the output I went for a CSV format, printed in the process output as the workers processed every page. The output could be piped to a file from the terminal or copied and pasted from the Xcode console into a text file.

From there, it will take no effort to import the CSV file into Google Docs. 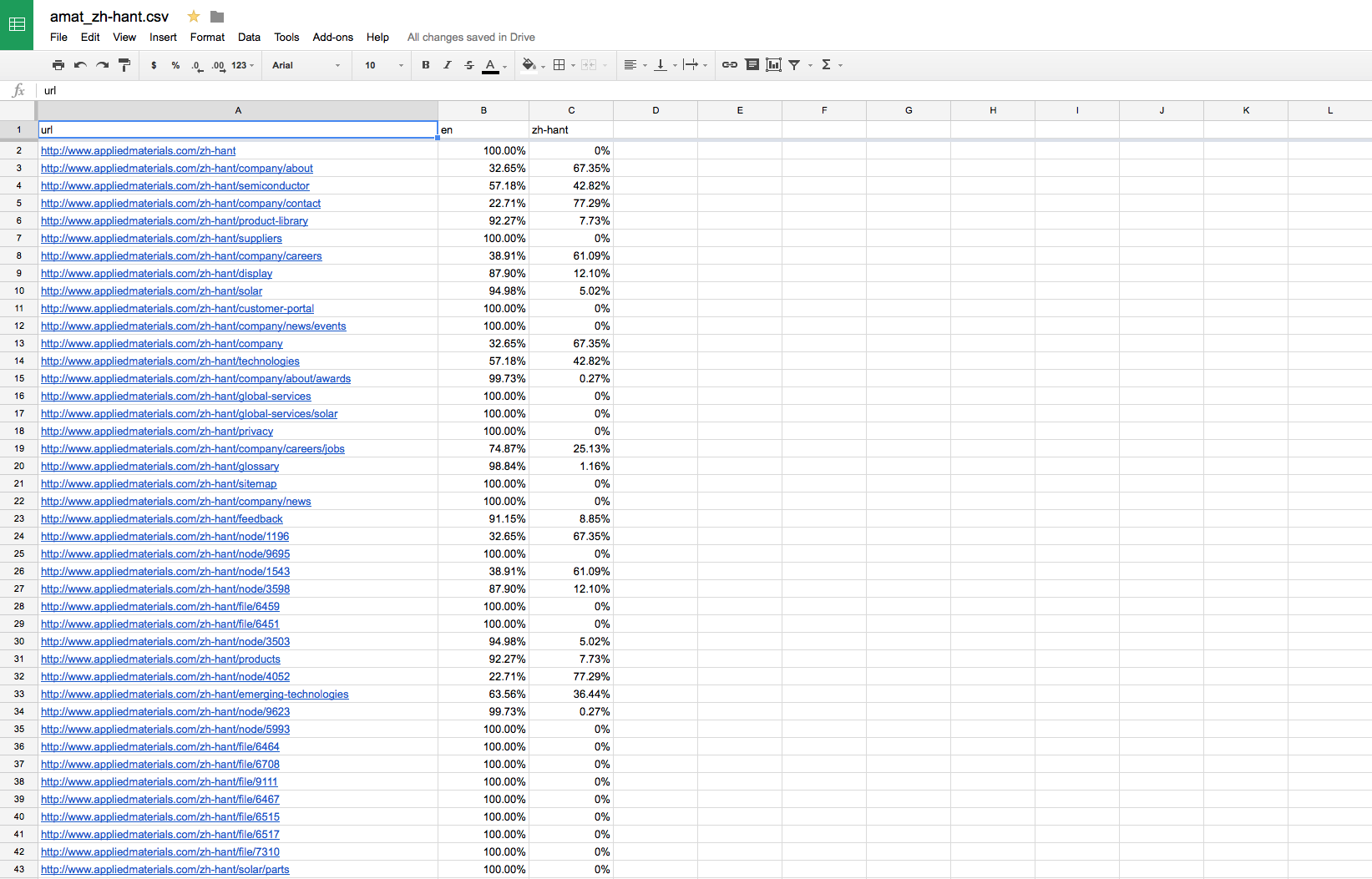 Hope you enjoyed the reading as much as I enjoyed writing this crawler :)